The Incredible Preparation-H with Bio Dyne

Prep H with Biodyne from Canada

Canadian Preparation-H Cream with Bio-Dyne (also known as LYCD - Live Yeast Cell Derivative) is used for wrinkles because it works. No fancy packaging, exotic smells, and sky high pricing.
Only in Canada eh! That's right, the original Preparation H with Bio-Dyne is available from Canada and can be ordered online here.

By word of mouth endorsement where people visiting a Canadian site https://www.canadapharmacy.com began requesting Prep-H from Canada because the USA made cream did not have the same results. It worked for Granny but once the Bio-Dyne was removed it was just another hemorrhoid cream.

This chapter in Dr. Graedon's book was also written due to consumer requests and questions. A PhD Pharmacist who knows his research on what really works and what just masks the symptoms.


Surprisingly celebrities such as Sandra Bullock and Kim Kardashian also use Preparation H with Bio-Dyne to remove wrinkles!

Question: I was astonished when my best friend told me that she used Preparation H on her face. She said it helped smooth the wrinkles around her eyes.'

Answer: Preparation H has been used for lots of things besides hemorrhoids. We have heard of it being employed for bed sores, itchy surgical scars, burns, dry cracked finger, and yes, even wrinkles. The most familiar store-bought hemorrhoid preparation is Preparation-H.' 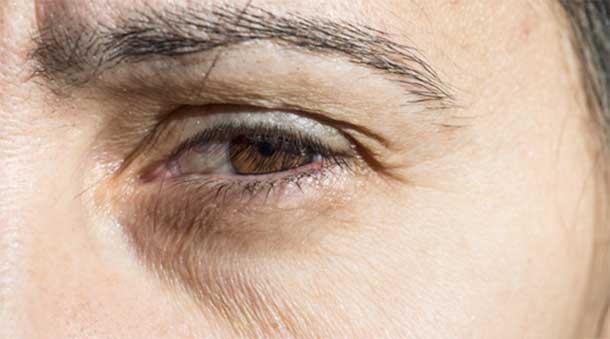 'But it isn't what it used to be. For decades Preparation H contained two natural ingredients, live yeast cell derivative (LYCD) and shark liver oil. No more. The Food and Drug Administration reviewed the ingredients of hundreds of over the counter medications. When they were done, a number of products were reformulated, and many others simply disappeared. Preparation H was one of those brands the FDA said had to be reformulated.'

'Forget the fact that millions of people loved it and made it the best selling hemorrhoidal product on the market. We used to make fun of shark liver oil and LYCD, but not anymore. We discovered data that suggested LYCD accelerated wound healing. People told us there was nothing better for their dry, cracked, irritated skin or their hemorrhoids. We received countless testimonials from folks who swore it was the only thing that relieved the itching of their surgical scars. Many women even used Preparation H for wrinkles.'

'Now in the USA Prep-H contains an astringent called phenylepherine instead of Bio-Dyne. We wish the FDA had not meddled with a perfectly fine product. We have never been impressed with the notion of using a vasoconstrictor on hemorrhoids, though the FDA seems to think this makes sense. When phenylepherin wears off it causes rebound dilation and congestion.'

It really must work or no one would use it! No fancy jar, advertising, or high prices. Just the medically proven healing ingredient called Bio-Dyne. The legends that encouraged hundreds of models and actresses to overcome their squeamishness and apply a hemorrhoid cream to their most valuable feature - their face- came from the experience of using Prep-H with Bio-Dyne.
They would buy anything at any price but have settled on Prep-H. They don't really want the world to know they are using hemorrhoid cream on their faces. It doesn't smell like a cosmetic and it is not packaged in a jar worth $10. It has the reputation of being used for curing hemorrhoids. But it works and that is what really counts.

So why do those most concerned (some might even say vain) about their appearances put Prep-H on their face and body?

The answer is that it works and you see the results immediately. That is why make-up professionals recommend their clients such as Conan O'Brien and Miss USA, use Canadian Prep-H.

The Science of Skin Healing with Bio-Dyne
We now know that Bio-Dyne is biologically active on skin cells. There are clinical studies from the Cincinnati Burn Unit and Oregon University School of Medicine to show that Bio-Dyne speeds wound healing in burns and post surgically. The active ingredient has even been isolated as a protein fraction containing a mixture of several peptides Fortunately no one has told the Canadian manufacturer of Prep-H to remove its Bio-Dyne. You will see the ingredient on the label as Yeast as a live cell derivative (Bio-Dyne: Skin Respiratory Factor) 1%.

You may have heard of similar factors in top of the line cosmetics such as La Prairie. The discussion we have had applies to using Prep-H for hemorrhoids or as a skin cream. Use Prep-H Ointment for dry skin, chapped hands, or hemorrhoids. Use the Preparation-H Cream for wrinkles and the Prep-H Cooling Gel for hemorrhoids. The Scientists have studied Preparation-H read it here: "Topical application of yeast extract accelerates the wound healing of diabetic mice." Crowe MJ, McNeill RB, Schlemm DJ, Greenhalgh DG, Keller SJ. Shriners Hospitals for Children-Cincinnati Burns

Alcoholic extracts of yeast have been used as the active ingredient in medications under names such as "tissue or skin respiratory factor," Biodyne (Sperti Drug Co, Cincinnati, Ohio--now defunct), and live yeast cell derivative (LYCD). Beneficial clinical results from the use of LYCD have been reported for the treatment of burns, wounds, and hemorrhoids. The medicinal effects of LYCD have recently been localized to a protein fraction containing a mixture of several peptides. The effects of topical application of the peptide mixture on wounds were examined in diabetic mice, an animal model in which the healing process is disrupted and delayed. Full-thickness wounds were created on the backs of diabetic (DB) and non-diabetic (non-DB) mice. Half of the DB and non-DB mice were treated with 0.05 mL of LYCD after wounding and for 4 successive days. All other mice received vehicle. Wound areas were measured at Day 0 and at 2-day intervals. Mice were sacrificed at 3, 7, 10, 21, and 28 days post injury. Differences in the extent and quality of healing appeared between DB mice receiving LYCD and DB mice receiving vehicle by day 10 (P < .0001). By 24 days post injury, DB mice receiving LYCD had achieved 100% wound closure, whereas DB mice receiving vehicle had achieved only 31.4% wound closure. Histologic examination of wounds reflected improved wound healing in DB mice receiving LYCD as compared with those receiving vehicle. A topically applied yeast extract peptide mixture significantly attenuates wound closure and the degree of cellular reorganization of full-thickness accessional wounds of DB mice.

Department of Biochemistry, Oregon Health Sciences University School of Medicine, Portland 97201. Live yeast cell derivative is an alcoholic extract from yeast (Saccharomyces cerevisiae) that has previously been shown by three groups of workers to stimulate wound healing. Live yeast cell derivative is a complex mixture, and it was not known which of its many components was responsible for the biological activity. This study describes the separation and analysis of the major components, one of which is a peptide fraction that stimulates wound healing. The fraction consists of a mixture of peptides from 6000 to 17,000 d. It causes angiogenesis in a chick embryo yolk sac membrane assay and in a rabbit cornea assay, and it dramatically stimulates wound healing in the "Schilling/Hunt" wire mesh cylinder model at concentrations 25-fold lower than those required for the intact live yeast cell derivative. PMID: 1691911 [PubMed - indexed for MEDLINE]

Only in Canada eh! That's right, the original Preparation H with Bio-Dyne is available from Canada and can be ordered online here.